Perspectives from the Past: Bret Hedican 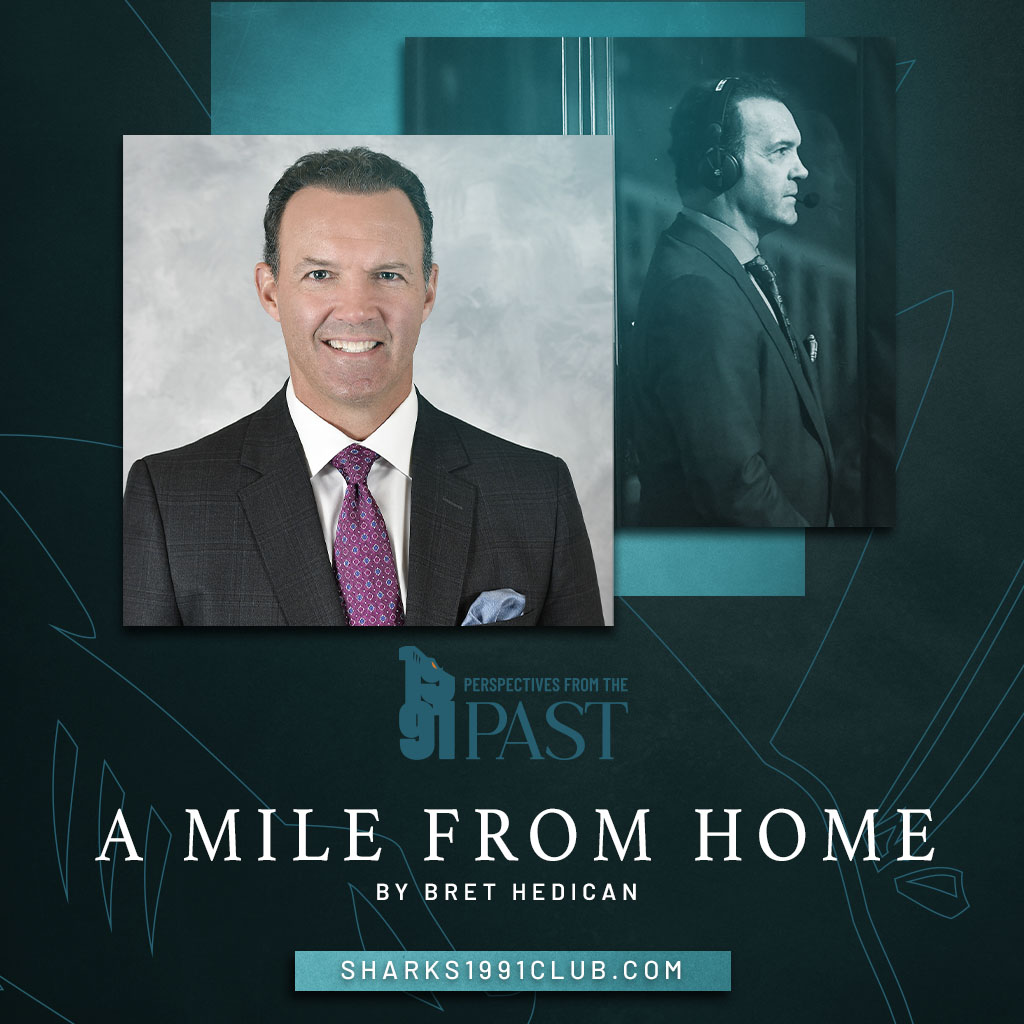 In this edition of Perspectives from the Past, Bret Hedican writes about his journey from professional athlete to the “real world” of retirement. Bret reveals that he found a new perspective recently after attending a virtual presentation given by a former Navy Seal. Bret shares what it’s like to go from Stanley Cup Champion to former pro-athlete, the ways in which he has found success in his next stage of life, and how meaningful it has been to have his wife, Kristi Yamaguchi, making a similar transition at the same time.

A Mile From Home: Retirement & Getting Back To Base

Last week, I had the opportunity to listen to a guest speaker, a former Navy Seal, who talked about some of the experiences he gained in the dangerous world he lived in for many years. So many thoughts he shared with us were impactful, but something he said struck me and it relates to what I want to talk about here. He said the most dangerous place in the world is the last mile from base.

You can see the base, you think you’re home free, and your brain no longer is alert and aware of your surroundings because you’re already thinking of a hot shower and a meal, or wherever your brain goes when it feels safe. That little loss of focus, right at the very end, is the most dangerous. Now, what the Navy Seal was talking about is real life and death, and what I’m talking about is retiring from the NHL, but where I’m going with this is if your mind isn’t fully engaged in playing hockey in the NHL every day, and if your mind is even remotely thinking about retiring, you can get hurt.