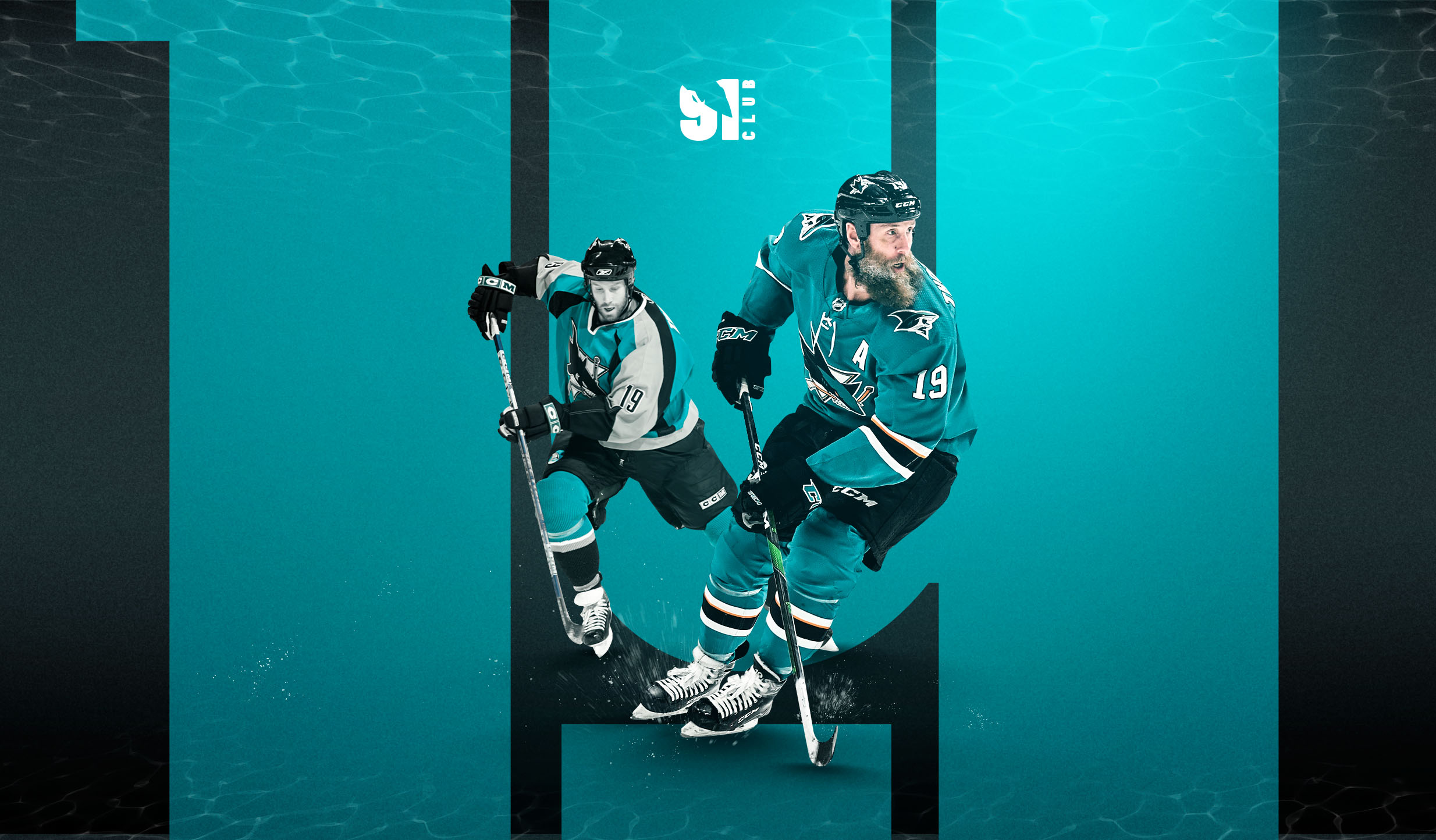 This week’s wallpapers are called “Legacy” and were created by Graphic Designer Nick Adkins (Twitter @ NickAAdkins). They feature Joe Thornton, Brent Burns, and Marc-Édouard Vlasic. This is what he had to say about the inspiration behind the art.

“II thought it would be cool to take a look back at the first seasons of some of the Sharks’ current players and show a snapshot of their evolution. I was inspired by zooming in closely on simple type, and this made for some cool forms in the aquatic background. This design focuses squarely on your current longest-running active players. It’s for the fans who want to see that evolution and for those who have been there since they first became Sharks.” – Nick Adkins, Sharks Graphic Designer