OPTIONAL INFORMATION BAR HERE TO KEEP YOU UP TO DATE

In this edition of Perspectives from the Past, Mark Smith writes about hockey’s role throughout his life, and how the life lessons he learned are helping him today in his career after hockey.

Perspectives from the Past: Mark Smith

Perspectives from the Past: Mark Smith

In this edition of Perspectives from the Past, Mark Smith writes about hockey’s role throughout his life, and how the life lessons he learned are helping him today in his career after hockey. Mark Smith played 323 regular season games over six seasons for the Sharks from 2000-2007.  He was drafted by the San Jose Sharks in the ninth round, 219th overall, in the 1997 NHL Entry Draft.  Mark now works at PagerDuty and lives in San Francisco.

Silicon Valley, by Way of Saskatchewan

I was born in Edmonton, AB., but moved to Saskatchewan at the age of three and grew up on a farm, 15 miles from Eyebrow, SK. I had an older brother and sister, and we kept each other busy by making up any games we could think of, as well as working on the farm, like any young kid from Saskatchewan, to help the family farming business stay afloat. Little did I know, I was learning what hard work and dedication meant; this was all I knew.

At a young age, I remember hockey always being a big part of our household. Being born in Edmonton and having a lot of family from there, it was easy to be an Oilers fan growing up in the ’80s. Saturday nights were usually spent adjusting the rabbit ears and crowding around the TV to watch the Oilers make easy work of whoever their victim happened to be that night. If we were lucky enough to get the antennas right, Channel 4 looked more like a hockey game than a snowstorm and we could watch our heroes Gretzky and Messier work their magic. It wouldn’t take long before number 11 would become my childhood hero, primarily because we shared the same name, but as I watched his game evolve over the years, it would be his tough style of play, coupled with his extraordinary skills, that I would pattern my game after. Just like any other kid, I dreamed of being my hero, so I adopted #11 as my number, something that every player holds as being sacred throughout their careers. 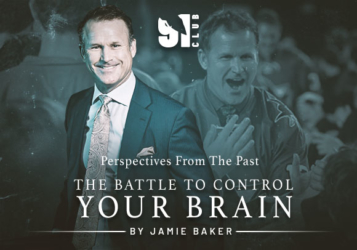 Perspectives from the Past

Perspectives from the Past: Jaime Baker 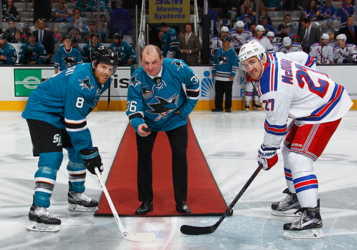 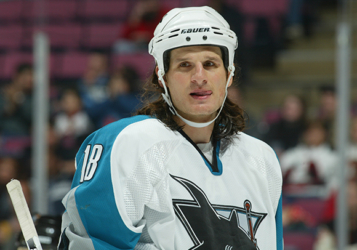