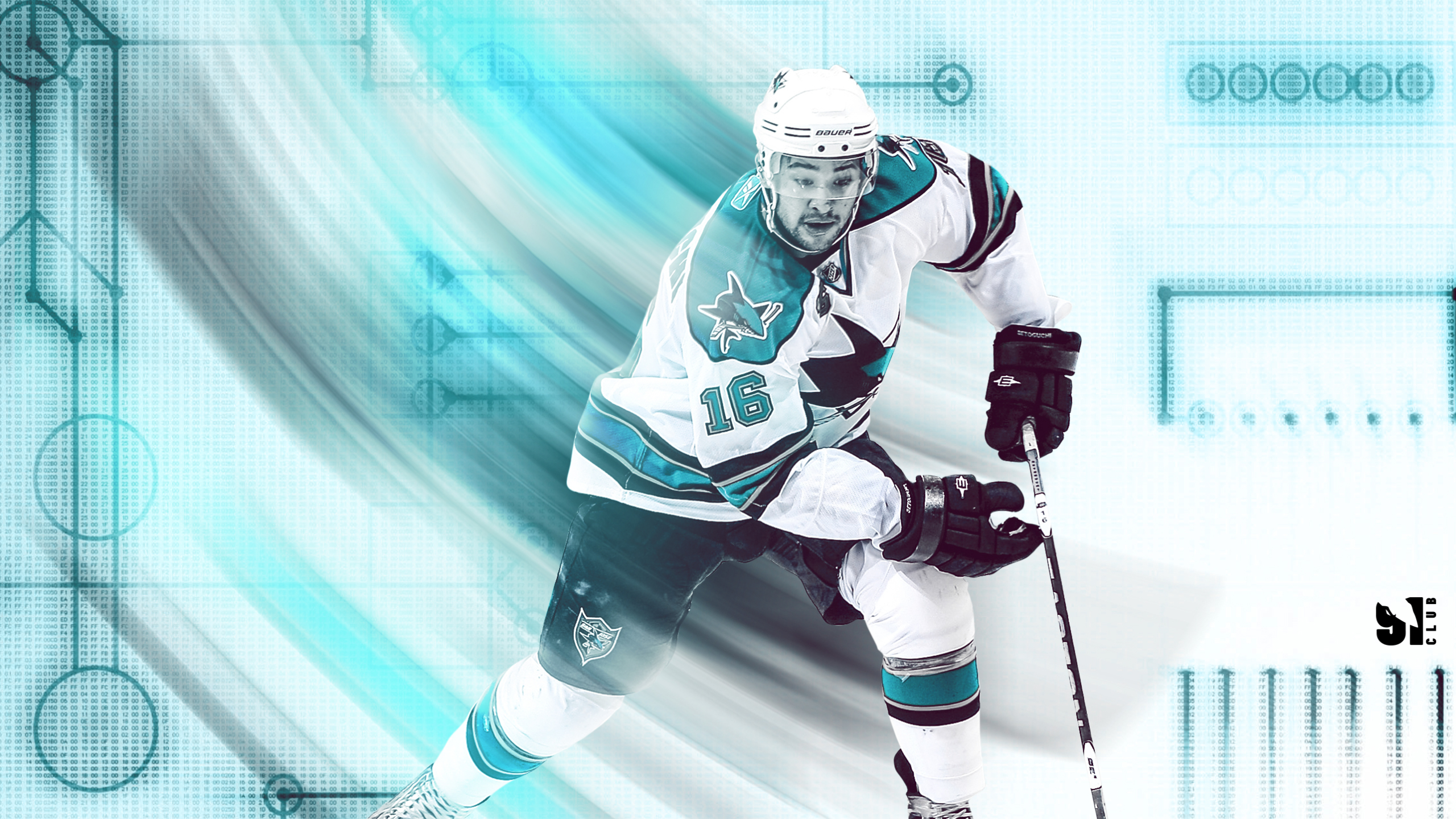 This week’s wallpapers, created by Graphic Designer Jeffrey Rose (Twitter @imRoseHD), are called “High Speed” and feature Devin Setoguchi, Jamie Baker, and Douglas Murray. This is what he had to say about the inspiration behind the art.

“While making these wallpapers, I wanted to do something involving motion and a sort of “light rail” effect. I used some motion blur effects to get that idea of the players actually moving through the environment and went to paint in highlights and the “light streaks” that follow the player. After I had setup this look I was getting some Tron vibes and decided that a sort of circuit board background texture would work well with the concept.“ – Jeffrey Rose, Sharks Graphic Designer @imRoseHD

Remember to comment at the bottom of the page with any questions or suggestions of players and ideas you may have for future 91 Club graphics!