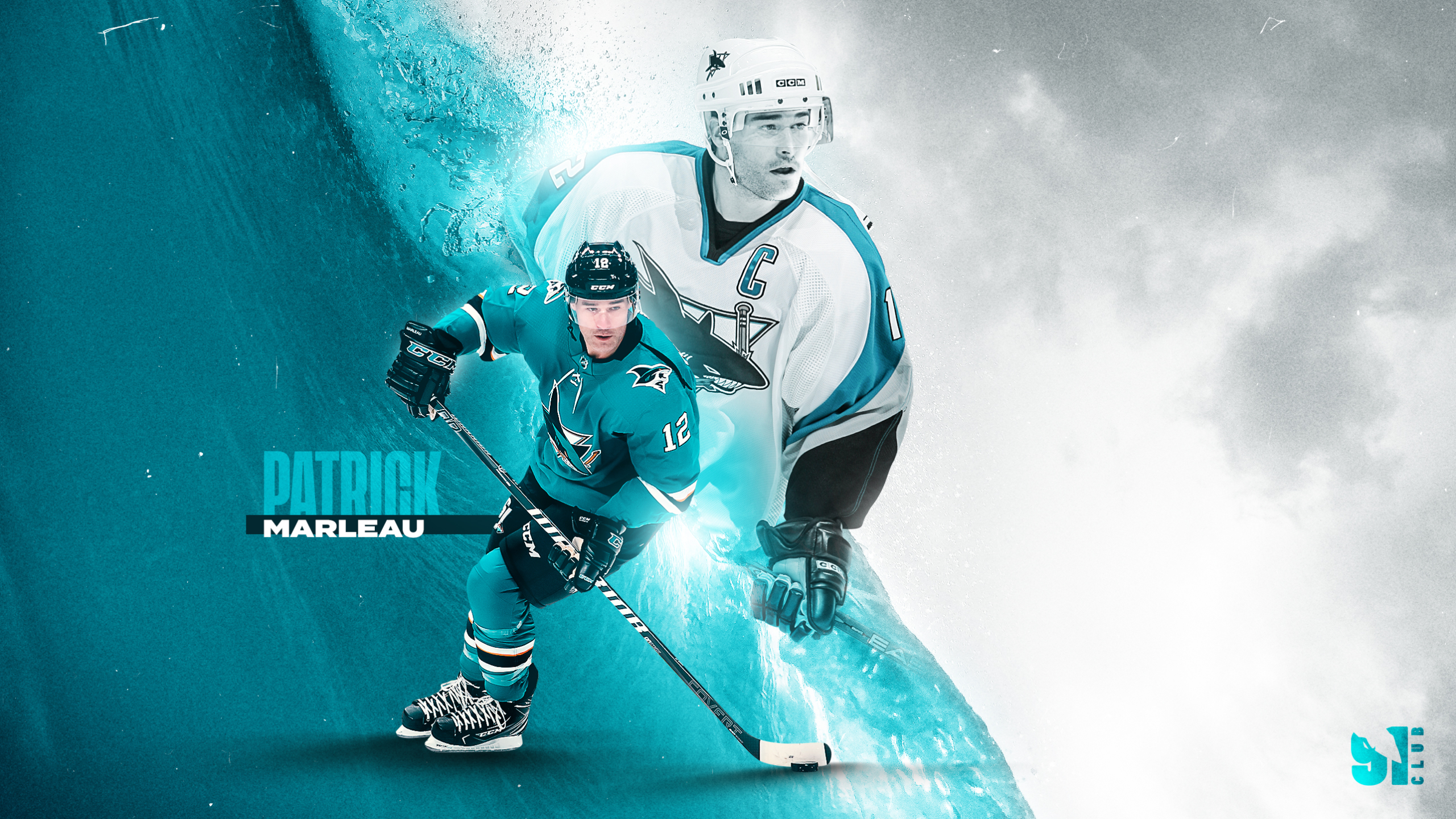 This week’s wallpapers are called “Resurgent”, created by Graphic Designer Nick Adkins (Twitter @ NickAAdkins), featuring Patrick Marleau and Matt Nieto. According to Nick, the return of both Patrick Marleau and Matt Nieto this upcoming season warrants some celebratory wallpapers. Behind the full-color home uniform photos, I decided to highlight the away uniforms of the players’ past seasons as both a historical callback and a symbolism of their time away from the Sharks. The word ‘resurgence’ felt appropriate here, and thus, the surge of a wave. I also wanted to try a minimal design for this one as well, with emphasis on the teal water as an echo of our refreshed Teal Together campaign.