From The Archives: Sharks 30th Anniversary — The birth of an arena and San Jose Hockey 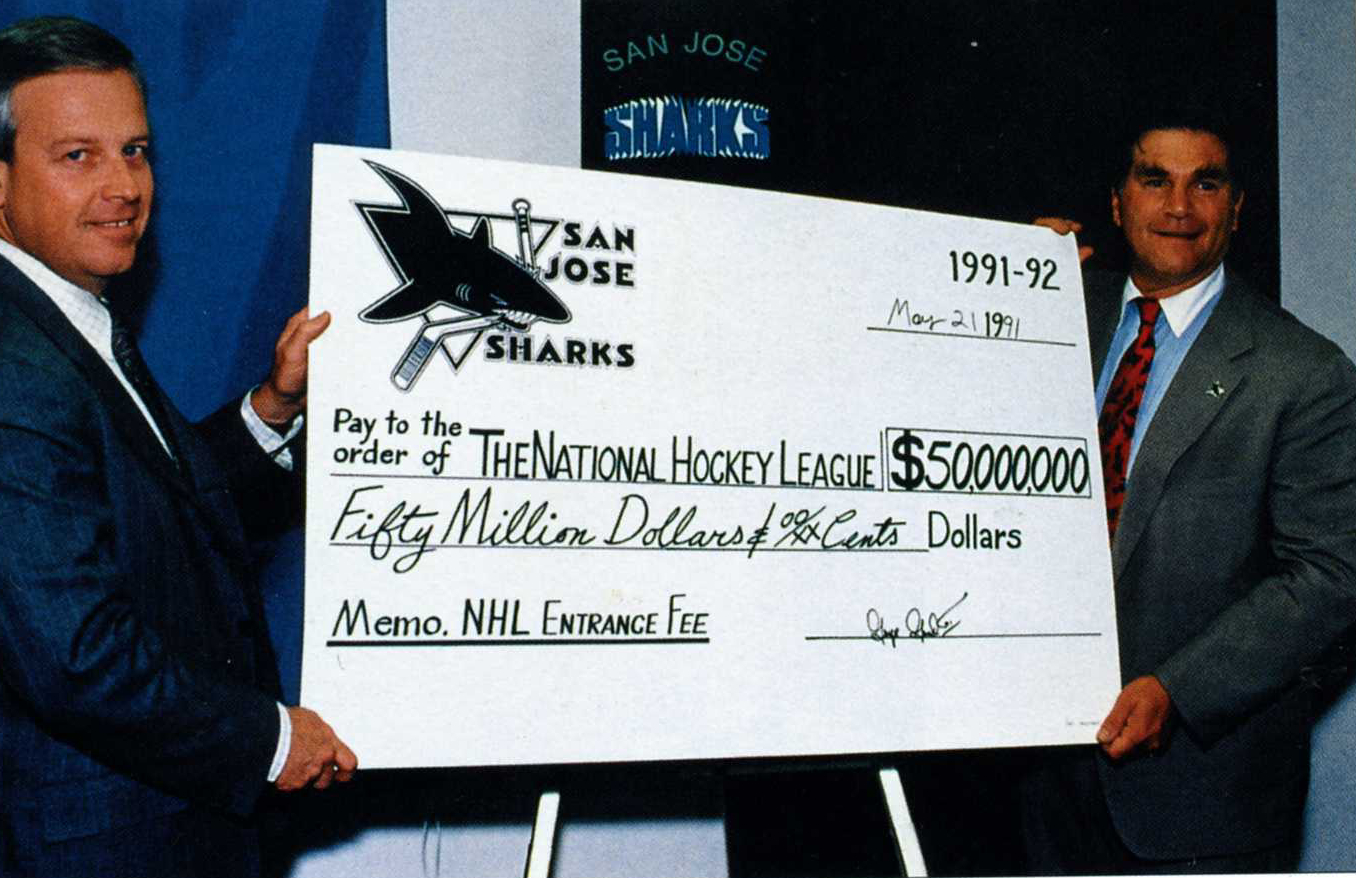 From The Archives: Sharks 30th Anniversary — The birth of an arena and San Jose Hockey

This From The Archives feature story is about the history behind the SAP Center and bringing hockey to San Jose. This article originally appeared in Sharks Magazine and has been updated to recognize the Sharks 30th Anniversary.

In the beginning, there was Downtown Datsun. The automobile dealership squatted there for many years on West Santa Clara St., advertising Great Deals Below Sticker Low Monthly Payments Bad Credit No Problem!!!!!!
Most people drove right past the car lot and exclamation points, barely noticing.

Except that Tom McEnery did notice. As a high school student en route to Bellarmine Prep, he frequently traversed the West Santa Clara St. and Autumn St. intersection on the gritty edge of downtown San Jose. Much later, from 1983 to 1991, he did so as mayor of the city.

This explains why, when talk of building a civic sports arena began to heat up during the 1980’s, McEnery was ahead of the curve. He had just the location. He knew in his gut it was better than others that had been proposed, in North San Jose adjoining Route 237 or at the county fairgrounds.

“In the 1960s and 1970s, so much of downtown San Jose was cleared out for redevelopment,” McEnery now says. “There were blocks full of vacant lots. I had told voters we were going to rebuild it all as an entertainment and business center.”

An arena meshed with that master plan. But if you think that McEnery merely snapped his fingers and magically made the vision come true . . . well, you weren’t around back then.