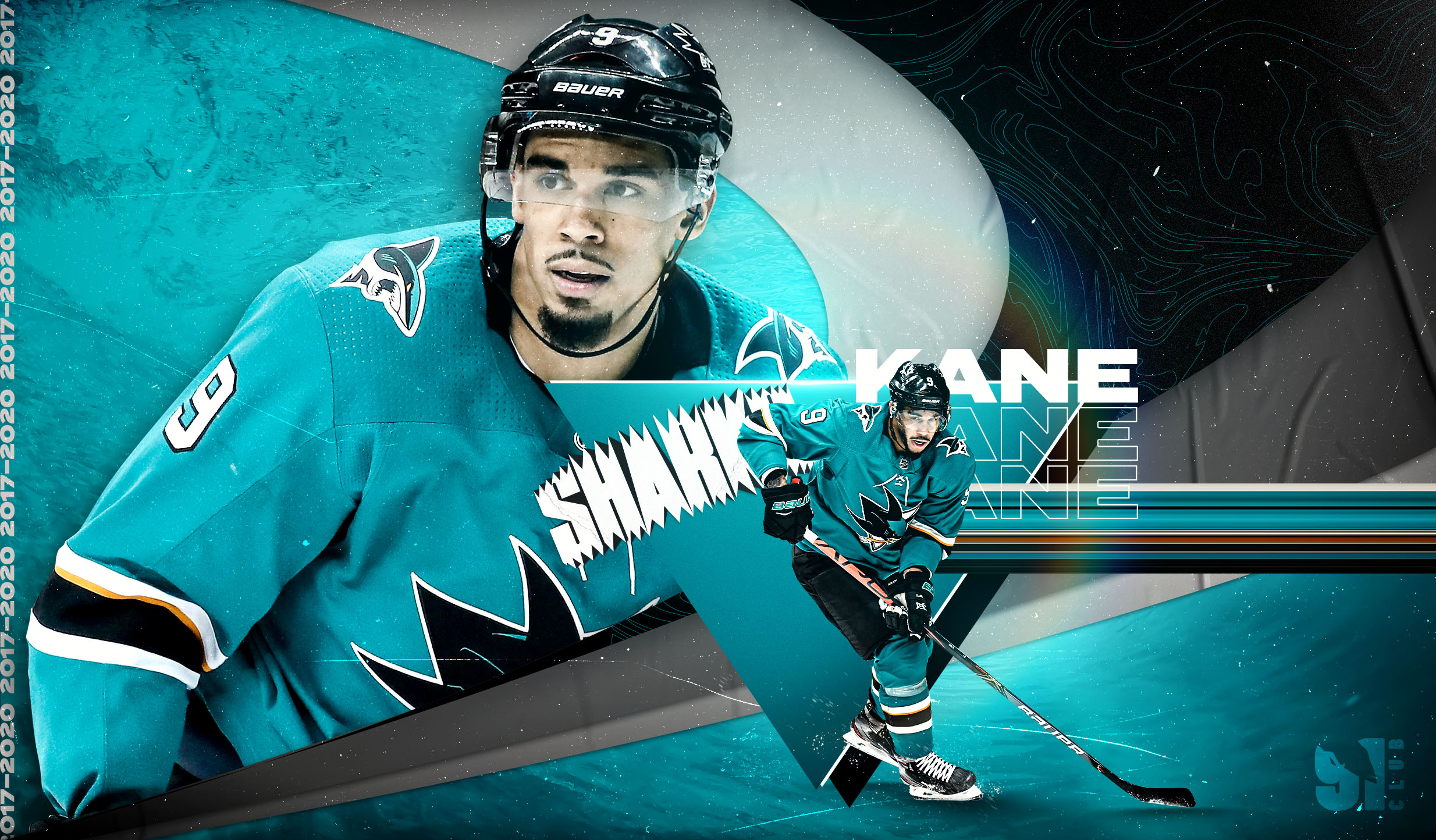 This week’s wallpapers are called “Alliance” and were created by Graphic Designer Nick Adkins (Twitter @ NickAAdkins). They feature Evander Kane, Joel Ward, and Mike Grier. This is what he had to say about the inspiration behind the art.

“After the NHL’s announcement this past week of the Hockey Diversity Alliance, I wanted to celebrate three players of color from Sharks present and past; Evander Kane, Joel Ward (both of whom are a part of the Hockey Diversity Alliance) and Mike Grier. This set of wallpapers features a myriad of diverse textures, triangles, and swoops, blending together to evoke the flow, strength, and the edge of each of their playing styles. I also wanted to make the shades of teal especially lush and vibrant.” – Nick Adkins, Sharks Graphic Designer