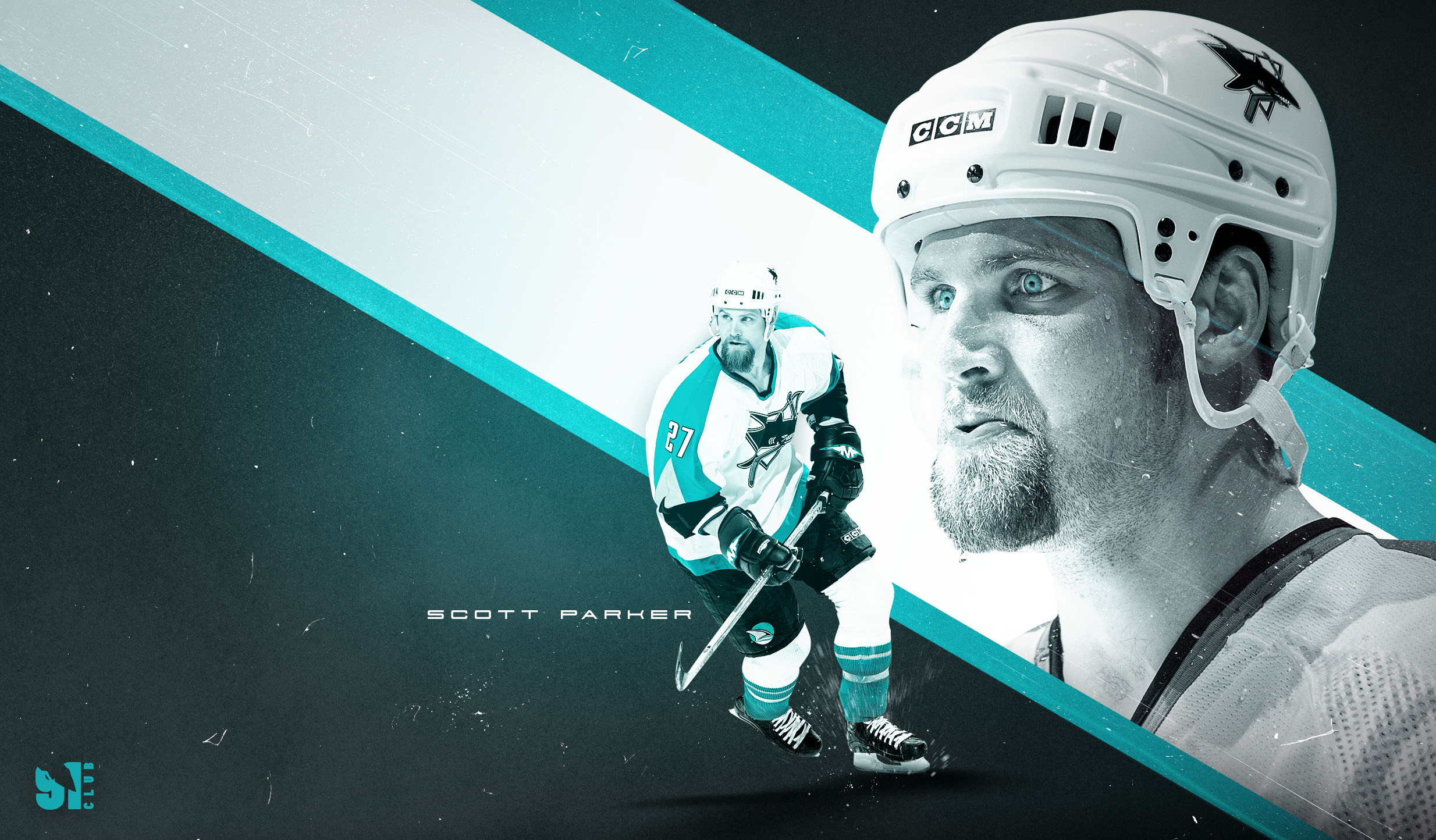 This week’s wallpapers are called “Fighter” and were created by Graphic Designer Nick Adkins (Twitter @ NickAAdkins). They feature Owen Nolan, Scott Parker, and Ryane Clowe. This is what he had to say about the inspiration behind the art.

“I’ve lately been intrigued by the role of enforcers in hockey. I watched the documentary Ice Guardians and the film Goon, which inspired me to celebrate some of the Sharks’ most well-known, skilled physical players. I approached the design as if it were an old action film poster. The framing and editing of the close-up shot echoes a “versus scene” out of a fighting game or anime action scene. High contrast between the teal and monochrome shading keeps the focus squarely on the player. There’s no visual decoration between you and his intense gaze, so you know that this Sharks player was a force to be reckoned with..” – Nick Adkins, Sharks Graphic Designer