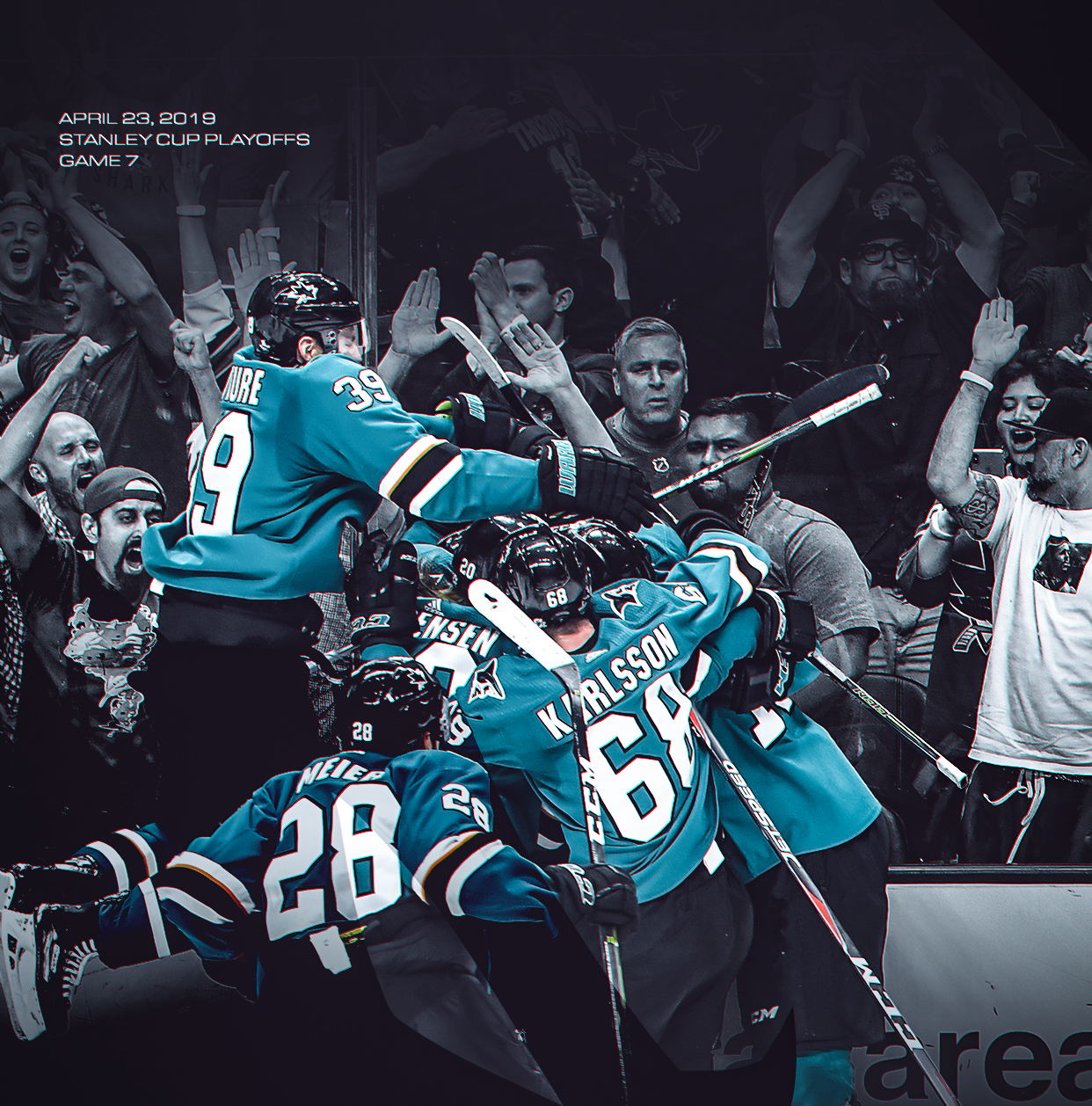 This week’s wallpapers are called “Game 7” and were created by Graphic Designer Jeffrey Rose (Twitter @imRoseHD). This is what he had to say about the inspiration behind the art.

“Inspired by the recent anniversary of 2019’s iconic Game 7 playoff win over Vegas, I wanted to use some of the incredible photography by Sharks team photographer, Brandon Magnus.  The photos really captured the emotion and excitement that we all felt during that game.  Because the photos are so great, I wanted my design to be very simple, putting an emphasis on the players “in the moment.“ – Jeffrey Rose, Sharks Graphic Designer @imRoseHD

See below for a time-lapse video of the graphics being made and to download the wallpapers. Remember to comment at the bottom of the page with any questions or suggestions of players and ideas you may have for future 91 Club graphics!