From The Archives: Kane-Do Attitude 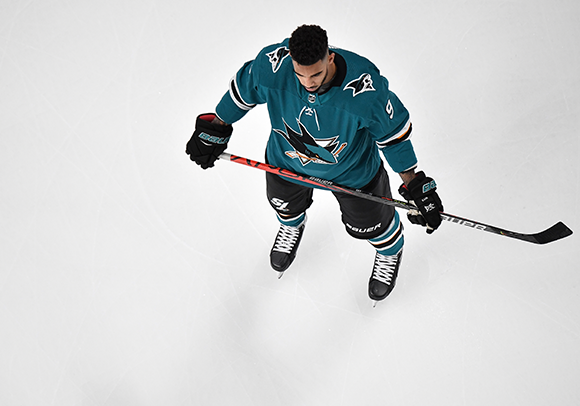 From The Archives: Kane-Do Attitude

This From The Archives feature story about Evander Kane appeared in the February-April 2020 edition of Sharks Magazine.

When the calendar turns to February, Evander Kane knows it’s time to get to work.

This month is different from all the rest for the Sharks’ powerful forward. The hockey routine is pretty regimented. Kane takes up to a month off once a season ends – whether it’s a regular NHL campaign of 82 games or a long playoff run.

Then he’s right back on his skates and in the gym five-to-six times a week during hot summer months to prepare for training camp in September with another season right around the corner every October.

The second month of each new year, however, means doing more than simply playing the sport Kane loves. It’s a time when the 28-year-old Vancouver native brokers his status as a professional athlete into a platform allowing Kane to educate and deliver an important message.

February’s Black History Month – the time to annually note achievements by African Americans and recognize the role of blacks in United States history – extends beyond the boundaries of professional sports as other countries around the world, including Canada and the United Kingdom, also devote a month to celebrating black history.

For Kane, it’s simply a labor of love that come naturally.

Kane’s father, Perry, is black. His mother, Sheri, is white. Perry Kane was an athlete. In addition his time as an amateur boxer, Perry Kane was a promising young hockey player while growing up in East Preston, Nova Scotia. Kane’s career ended when tryouts with three prominent Ontario Hockey League teams went no where. He felt his race had a negative influence on landing a roster spot.