From The Archives: Lean’s A Mann Of Hockey 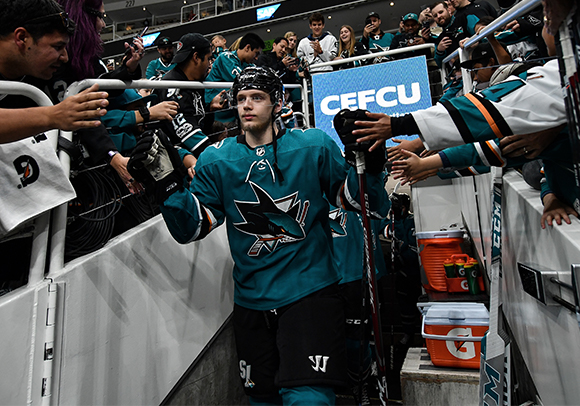 From The Archives: Lean’s A Mann Of Hockey

This From The Archives feature story about Lean Bergmann appeared in the December 2019/January-February 2020 edition of Sharks Magazine.

All journeys begin somewhere. Lean Bergmann’s journey to the National Hockey League just began in a very unlikely place, a part of the world that features far more sauerbraten and sweepers than saucer passes.

To be sure, multiple fine German hockey players have reached the NHL. But those players have generally been from the big cities – Leon Draisaitl from Cologne, Marco Sturm from the Munich suburbs, Christian Ehrhoff from the Dusseldorf suburbs, and so on.

The town of Hemer (population 34,000) is not like those places. It is out there in the industrial-cluster interior of West Germany. There, soccer does indeed rule over all.

But there is a hockey rink in Hemer. For this, you can credit a few dozen Canadian soldiers. In 1953, those soldiers were deployed to a nearby military base. They were homesick. So, they decided to build the area’s first indoor sheet of ice. The town embraced it. Six decades later in Hemer, along came little Lean Bergmann to be captivated by a sport that few folks in his neighborhood were playing.

He was three years old.