From The Archives: An Unlikely Bond 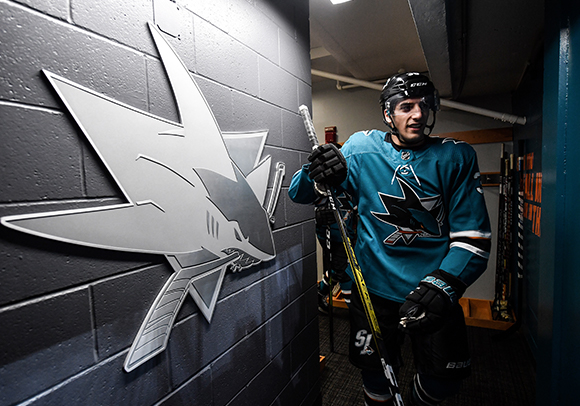 From The Archives: An Unlikely Bond

This From The Archives story appeared in the November/December 2019 edition of Sharks Magazine.

The game is played around the globe, and players come from every corner of the world. Yet one is often reminded how small the hockey community can be at times.
The triangular relationship between a Norris Trophy defenseman from Sweden, a former NHL assistant excelling in the college coaching ranks and a trending rookie who makes the Energizer Bunny look like he’s lost a step provide just that kind of example.
Erik Karlsson, Greg Carvel and Mario Ferraro share an unlikely bond.
The Sharks are the beneficiary.
And Ferraro can only thank his lucky stars. 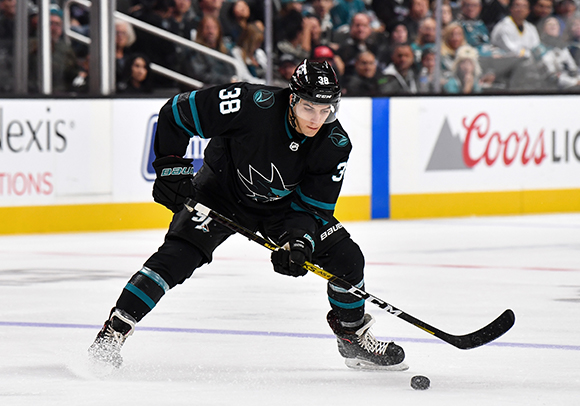 The tale begins in Canada’s capital city of Ottawa where in 2009-10 Carvel was serving his fifth of six seasons as an assistant coach with the Senators. In charge ofthe defense, Carvel marveled at the early development and skills possessed by the player Ottawa selected 15thoverall in 2008. Karlsson was the seventh defenseman chosen by mid-point of the first round, and he was clearly on the fast track to stardom.
Upon transitioning to college coaching –first for five years at St. Lawrence University before landing his current gig at UMass-Amherst –Carvel recognized how the game was changing because mobile, smart and creative blue liners like Karlsson helped create offense like only Bobby Orr had before.
Carvel decided to make those characteristics his top priority in recruiting. Lo and behold, Carvel found those attributes, along with others, when he pursued Ferraro. The 5-foot-11, 185-pound native of Toronto, who grew up in King City, Ontario, was skating with the Des Moines Buccaneers in the United State Hockey League.
It came full circle in training camp when Karlsson introduced himself to Ferraro, and reminded the rookie his college coach was the two-time Norris Trophy winner’s first position mentor in the league as well.
“It was cool for him to share that,” Ferraro said. “It’s crazy to think now I have the ability to play with Erik Karlsson, one of the best defensemen in the league.”  Ferraro has made the most of his opportunity, first skating two years at UMass to help turn that program into a power, then cracking a veteran blue line in San Jose without a day spent in the minors. Drafted 40thoverall in 2017, Ferraro impressed in development camp, training camp and the exhibition season to earn an opening-night spot on the roster.
“The thing about Mario is any coach is going to love him from Day 1, especially with how hard he works,” Carvel said. “He’s going to always be noticed.  “To me, he has a work ethic that can’t be matched. He has an energy about him, an on-ice charisma that is really contagious. I don’t know if Mario has an equal. I don’t know what comparable you make.”
Ferraro is described by his coach and teammates as having boundless energy the minute he walks into a rink. And he displays it in workouts, practices and games.
At UMass, Carvel takes that praise for Ferraro to another level.  “He’s the best kid we’ve ever coached here,” Carvel said. “He was the heartbeat of the team last year, and that was a good team. He was the motor. He was the guy, the leader of the team, and that’s a huge credit to him.  He came in as a unique, inspirational type player. He is a great teammate. He leaves everything on the ice, and everybody knows it. There is no inconsistency to his game whatsoever. He’s always, always the same.”
With Ferraro and Colorado Avalanche rookie Cale Makar anchoring the blue line, UMass finished runner-up in the Frozen Four, the school’s first appearance in the Division I men’s hockey title game. Makar won the Hobey Baker Award as college hockey’s best player.  All this just two years removed from 10 straight losing seasons through 2017 at the school.
“Mario might be a bigger hole in our lineup than losing Cale because he was such a complete player,” Carvel said.  Carvel admits he never held Karlsson up as an example for Ferraro or Makar. He thought it was unfair to compare what a 19-year-old stepping into the NHL did to what the same age player was asked to do in college. But Carvel implemented what Karlsson did for the Senators into his systems with the Minutemen. 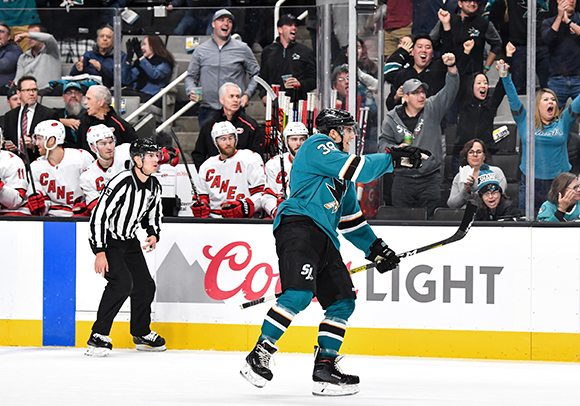 “Without question, after four years at St. Lawrence and now four years here, we’ve been good offensive teams and it’s because of defensemen like that,” Carvel said.“Those UMass years were a big part of my development,” Ferraro admitted. “We had a lot of ups and downs coming in there my first year we weren’t the greatest team. We were young, we were learning but we had the talent and the work ethic. We picked it up and we never gave up.“
In those two years we accomplished a lot,” he added. “I think that prepared me well for an environment like this in San Jose.”  That environment is defined by expectation. The Sharks have reached the Stanley Cup playoffs in 14 of 15 seasons so understanding what the individual does is for the greater good. That translates to a high level of compete for players trying to break in. Mistakes will be make, but learning is key, and putting adversity aside is a must.
“There are going to be a lot of obstacles throughout the year for any guy, and it’s all about they handle it, how they bounce back and how they react,” Karlsson said. “Mario has done a good job with that since Day 1.  “He’s a mature young man,” Karlsson added. “There’s a few more around now because they’re coming from college and they’re more educated. Young guys with the skill-set to play are usually smart enough to figure out what they need to do.”
At UMass Ferraro used his strength and “I’ll out-work you” attitude the beat his opponents in the defensive end. The coaching staff told him he’d have to work on vision and seeing the ice on the next level where Ferraro would have to add “out-think” to the equation. Turning back and skating the puck out of trouble in the college game would be replaced with making a crisp head-man pass in the north-south style of the NHL.
It’s cliché, but Ferraro lives by the motto of going day by day. A reason for maintaining his consistent approach is to tackle what’s immediately in front of him and not looking too far ahead. After making the team, Ferraro arranged to get a car in town and found an apartment to share with Barracuda goalie Andrew Shortridge so he has a place to lay low, get his rest and prepare for the next day.
“It has been go-go-go for the last couple months, and it’s hard to really relax, but I do try to get into a routine,” Ferraro said. “And all this fast-paced stuff is positive. I’m happy to be going all the time, and happy to be in a situation where I’m not fully in my comfort zone. It’s about giving the effort and doing the best I can,” he added. “I try to use this time to learn and develop because I’m given the privilege to be coached by amazing coaches and to play with unbelievable players.”
Ross McKeon has covered the San Jose Sharks and the National Hockey League for 29 years at the San Francisco Chronicle, S.F. Examiner and Yahoo! Sports & authored “100 Things Sharks Fans Should Know & Do Before They Die” and, with Dan Rusanowsky, co-authored “If These Walls Could Talk/Sharks.” Follow on Twitter: @rossmckeon

One comment on “From The Archives: An Unlikely Bond”