Perspectives from the Past: Douglas Murray 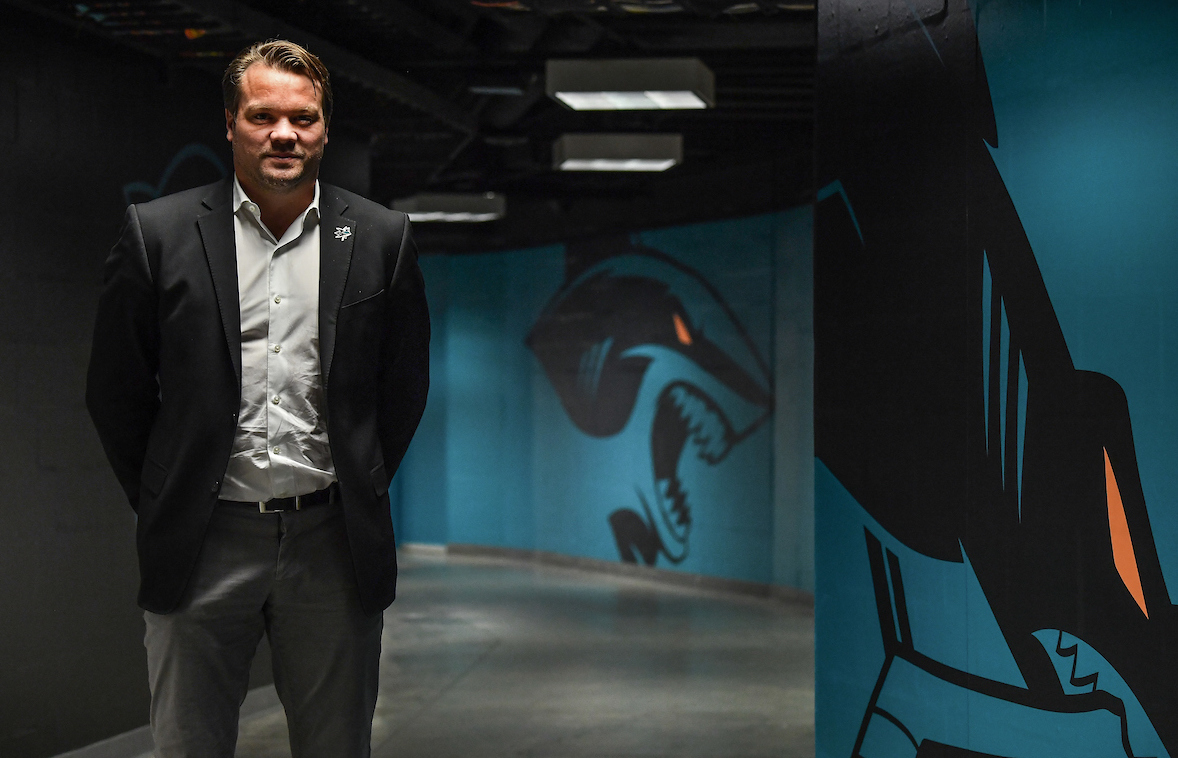 Perspectives from the Past:
Douglas Murray

In this edition of Perspectives from the Past, Douglas Murray writes about his childhood team and how it shaped his life and involvement in the 1991 Club.  Douglas Murray played eight seasons and 451 regular season games for the Sharks from 2006-2013.  He was known as one of the hardest hitters in the game, and at the same time, one of the most intelligent defensemen having played college hockey at Cornell.  Douglas is now the President of the Sharks Alumni Foundation and a member of the 1991 Club.

On March 12, 1891, Djurgarden IF was founded in Stockholm, Sweden. For those of you who don’t know, Djurgarden IF is a Sports Association with multiple professional teams such as soccer, basketball, and hockey. Exactly eighty-nine years later, on March 12, 1980, Djurgarden pride was bestowed onto me. The very day I entered this world, I joined the Djurgarden IF community, becoming a Member of their Fan Club. Now, I might be above average in every conceivable category life offers, but obviously I did not invest in a Djurgarden Membership as a newborn.  The reason I can proudly claim support from my first day on Earth is because my Grandfather registered me as a Member of the Club on the very day I was born.

My grandfather, Lasse Bjorn, also happens to be one of the most decorated Djurgarden hockey players to ever don the yellow, red, and blue. My Grandfather won a record nine Swedish Championships with the team while serving as the team Captain, as well as two World Championships for the Swedish National Team, Tre Kronor, again wearing the Captain “C” and number 3. 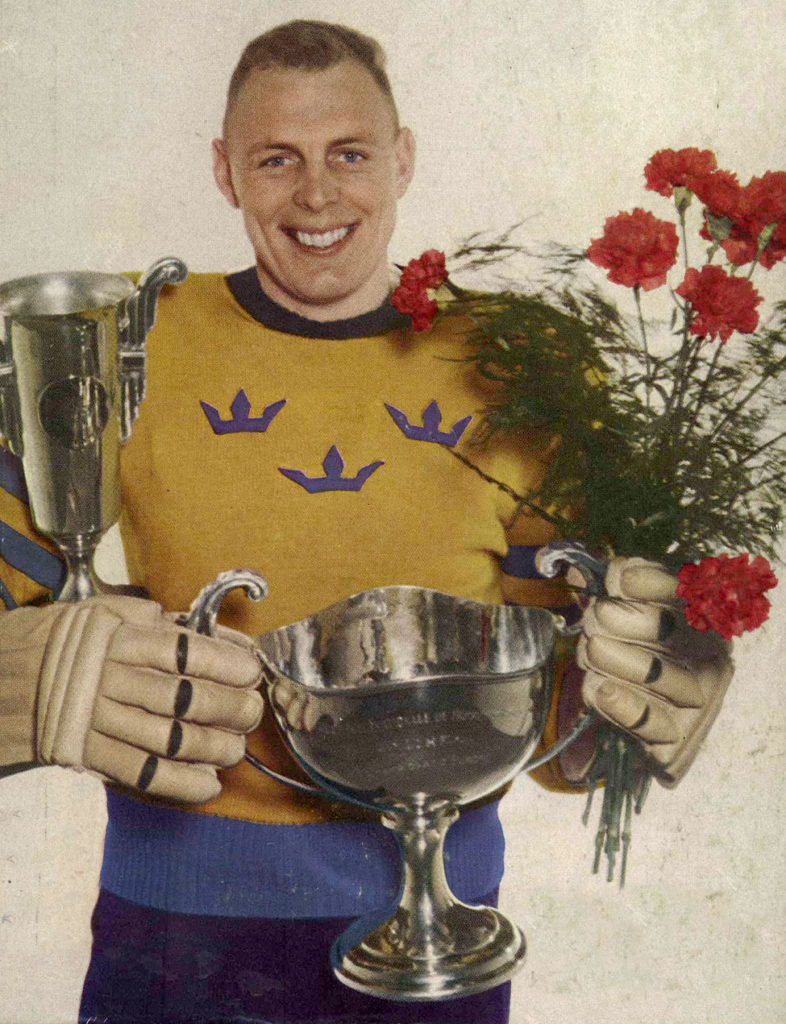 It’s safe to say that I would have been a fan of Djurgarden and proud of my Grandfather’s accomplishments no matter what, even wearing his number 3 during my career, but my loyalty to the club and the strong sense of belonging I have always felt is exponentially greater when I can tell the story that I have been part of the Club since the day I was born.

Djurgarden will have my support through ups and downs for as long as I live, because it’s about more than just hockey. I have the fondest memories growing up, how my family and friends bonded while cheering for our team together. Looking back, I don’t remember the scores, whether we won or lost most of those games, but I certainly remember how happy it made me feel to be with my family and friends, sharing invaluable time together. To this day, if I meet a total stranger in any part of the world, and they too are a Djurgarden fan, we are instantly bonded.

Whether because of my family lineage or not (I’ll never know), the only path I ever knew for myself was to become a NHL hockey player. On June 26, 1999, that vision became reality when the San Jose Sharks drafted me in the 8th round, 241st overall, and the course of my life was forever changed. 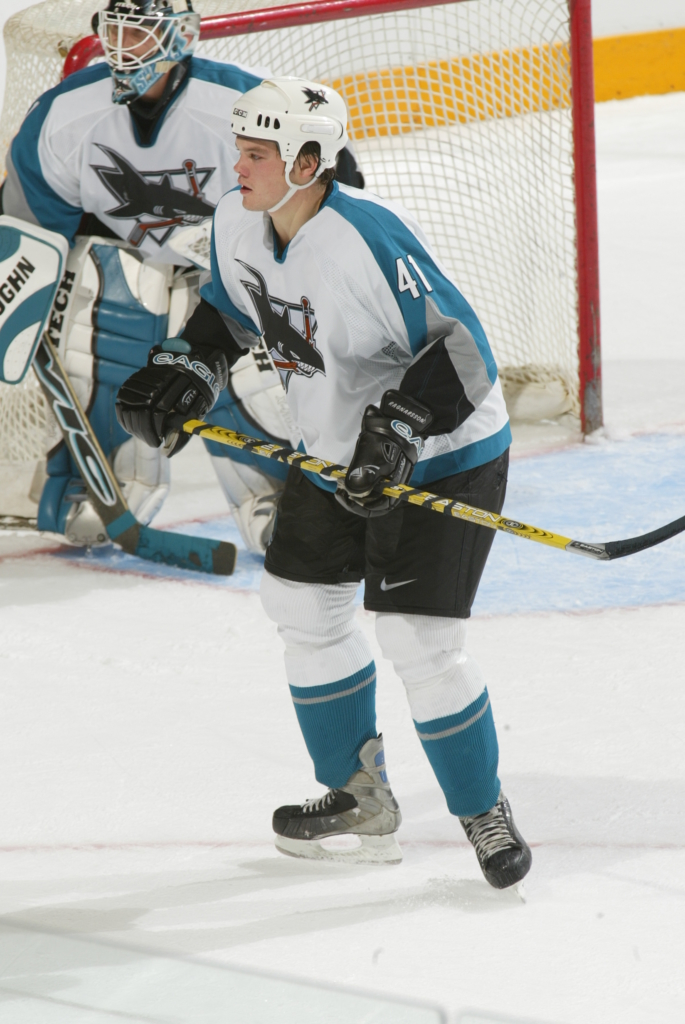 That summer day changed my life not simply because I was drafted to the NHL, but because of who I was drafted by. The Sharks organization and the people inside, from ownership to ushers, teammates to management, and everyone in between, have played the most integral role in my life. The Sharks developed me into an NHL player, and if you saw my first training camp, you’d understand just what an incredible feat that was.

I absolutely loved my days playing in teal, and though I may not remember every win or big moment, I vividly remember the friendships and connections I have made in and around the organization and Bay Area. Since the day I was drafted to present day, the Sharks have always made me feel like family, which is the greatest compliment I can give to the people of the organization because nothing matters more to me than family.  Looking back at the past twenty years of my life, knowing where I am today, the impact that one June day has on my life on my life is incomprehensible.

In the summer of 2014, the NHL employed a historic amount of incompetent General Managers, as all 30 decided against offering me a contract. Jokes aside, this was the end of my hockey playing career and I had no choice but to retire. Maybe someday I will share the full story in another Perspectives from the Past, but in short, the transition from professional athlete to regular citizen is extremely difficult. It has become a passion of mine to do everything I can to help other athletes struggling through the process. Retirement at an early age always sounded like a dream to me, but I can assure you, it is a curse, not a blessing. After spending a year trying to keep my hockey career alive without any real success, I moved back home to Sweden.

It was time for me to take charge of the next chapter in my life.  With a combination of a  Cornell education, life experiences, desire for flexibility, and the fact that I’m never short of an opinion, becoming a Business Development Consultant seemed like the perfect career path. I founded my own company offering consulting services in business development and other ventures.

As an ambassador for a Swedish company and a consultant for a real estate developer, I began working more often in the Bay Area and found myself reconnecting with the Sharks team that I love. In 2018, an opportunity presented itself to be part of a small Sharks Front Office team seeking to discover and implement new business and brand expansion opportunities. 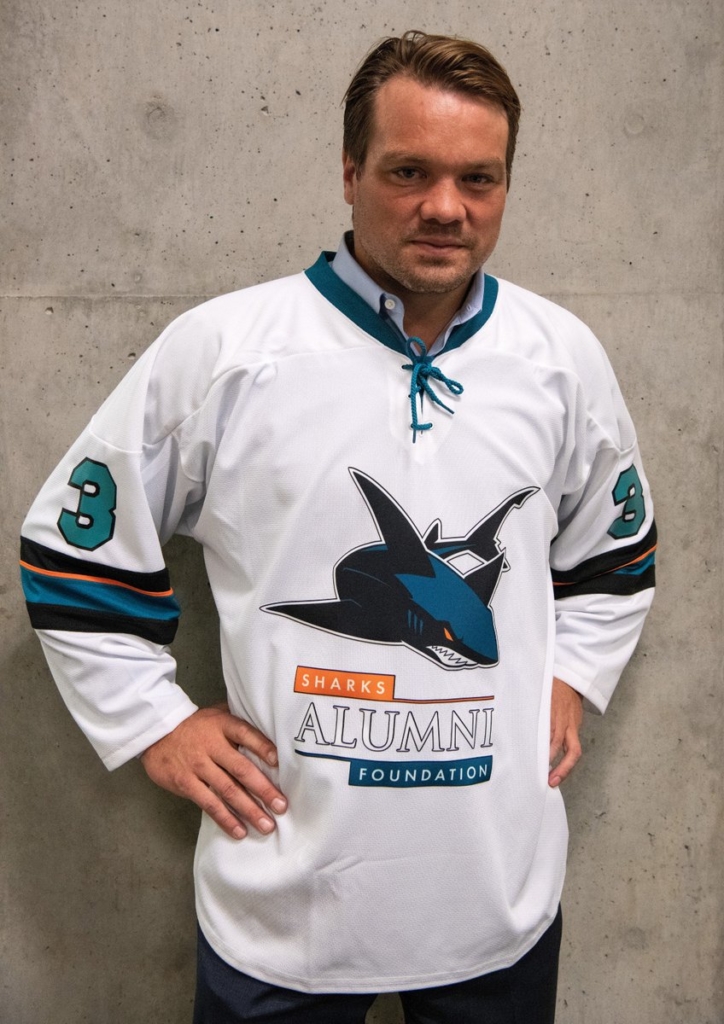 The entrepreneur and constant learner in me, as well as my eternal passion to expand and strengthen the Sharks organization, made this new opportunity an exciting one. The small team worked on a weekly basis to lay out a plan for coming up with and then narrowing down ideas, conducting research, and user-testing. We pursued a few strong ideas, conducted more research, wrote business plans, and pitched the new venture ideas to senior leadership.

Throughout the process, workshop after workshop, meeting after meeting, discussion after discussion, one thing became clear to me; the Sharks had a huge opportunity to better connect with our fans outside of the Bay Area. As a past player and a fan who does not always live in San Jose, after going through this organizational exercise, it truly hit home that we did not just have an opportunity on our hands, we had an obligation. As I explained earlier, there is nothing greater than belonging to a community, sharing a love for a team, no matter with whom or wherever you are in the world. My Djurgarden pride is always with me and became more palpable each day as we discussed and weighed the different new venture ideas. I was all in on one option, the most viable and important in my eyes; a Global Fan Club for the San Jose Sharks.

The idea for a Global Fan Club was a team effort, and we worked tirelessly together to build 1991 Club to be the best community for Sharks fans. I wish I could pull a Djurgarden Member Card from my wallet to show off my pride when telling my story. I wish I could wear a Djurgarden lapel pin on my suit to display my pride. And I wish I could search where my fellow Djurgarden supporters are meeting up around the world. These features that my friends, family, and I wish we had for Djurgarden are core elements of 1991 Club. For 1991 Club Members, we have created the ultimate Fan Club and community that will only grow stronger each day as word spreads and Membership grows. I no longer have to wish, now I can wear a 1991 Club hat when in Vegas or LA, knowing that I’m meeting up with other Members and we can carry-on friendly rivalry banter with the locals.

FAMILY AS PART OF THE COMMUNITY

My entire family and every single one of my friends will be 1991 Club Members, of course, but for those of you who do not know me or haven’t picked up on it yet, I am an extremely prideful man. My better half Penny, for some unknown reason, does not believe it’s one of my best qualities. In addition to being prideful, I am also a believer in fate. There are two places where my pride is most evident, Djurgarden, founded in 1891 and the Sharks, founded in 1991. The team that was chosen for me at birth and the team that chose me as an adult were founded exactly 100 years apart.  I don’t think that’s a coincidence, which is why I felt so strongly about the name 1991 Club for the Sharks Global Fan Club.

The highlight of this year, by far, was the birth of my now four-month-old son, Atticus Murray, and I am beyond proud to make him a 1991 Club Legend Member, carrying on my family’s tradition. I can’t wait to teach him how to show off his Membership proudly, sharing countless moments together, and I hope you too will show off your Membership with the utmost pride. I will be overjoyed the first time I hear a story of a grandparent purchasing a Legend Membership for their grandchild and I am looking forward to uniting as many Sharks fans and families around the world as possible, creating those memories that mean more than wins or losses, the way my family and friends have done over the years.

As I have experienced with Djurgarden and we will experience together with the Sharks, no matter where you live or where your path takes you, 1991 Club will be the community forever by our side. And most importantly, if you are reading this, you have already become a 1991 Club Member and that means the world to me, so thank you.

4 comments on “Perspectives from the Past: Douglas Murray”